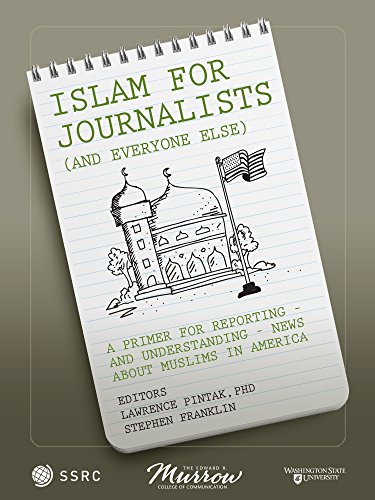 Islam for Journalists (and Everyone Else): A primer for reporting—and understanding—news about Muslims in America

Islam is in the local and national headlines every day. Barely a news cycle goes by without some reference to Islam. Immigration bans. Domestic terrorism. Syrian refugees. Incidents of Islamophobia.

It’s no longer just foreign correspondents who need to know something about Muslims and their religion. So do domestic reporters in large cities and small towns – and everyone who reads or watches the news.

Top academic experts on Islam and reporters who know the story intimately contributed to this basic primer on the religion and culture of Islam and Muslim communities at home and abroad. We cover basic beliefs, the cultural differences of Muslims around the world, facts about Muslim communities in the U.S., and provide insights into the extremists who have caused such pain and suffering.

The editors, two experienced foreign correspondents who have covered Islam for decades, have no ax to grind. The book, part of a larger project to bring academic knowledge about Islam into the public sphere, was funded by grants from the Social Science Research Council, the Carnegie Corporation of New York, and the Proteus Fund.

That’s why we are able to offer it at minimal download cost. Join the more than 7,000 reporters and editors who downloaded an earlier, free edition and gain new insights into a religion that is likely to be in the news for years to come.

“Understanding the basics of Islam is a must for all reporters, not just foreign correspondents or world affairs pundits. This book is an invaluable starting point for journalists who want to understand one of America’s fastest-growing religions.”
Doyle McManus, Washington, DC, columnist, The Los Angeles Times
“An invaluable resource for journalists covering Islam, whether in their local community, nationally or overseas. Frankly, this book is of value to anyone, given the still prevalent misunderstanding in this country of Muslims and their faith.”
Peter Bhatia, editor and vice president, Detroit Free Press
Return to books