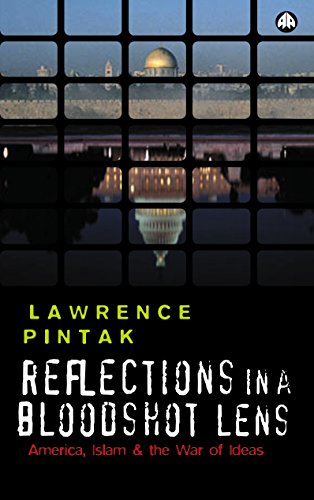 Reflections in a Bloodshot Lens: America, Islam, and the War of Ideas

There exists today a tragic rift between Americans and the world’s Muslims. Each views the other with suspicion and anger. Yet in the immediate aftermath of 9/11, there was widespread sympathy for the U.S. in the great arc of Muslim nations from West Africa to Southeast Asia.

This book explores what happened. It examines the disconnect that leads Americans and Muslims around the world to view the same words and images in fundamentally different ways. Partly a result of a centuries-old ‘us’ against ‘them’ dichotomy and an essential difference in worldview, the problem is exacerbated by an increasingly polarised media and by leaders on both sides who either don’t understand or don’t care what impact their words and policies have in the world at large.

Journalist-scholar Lawrence Pintak, a former CBS News Middle East correspondent, argues that the Arab media revolution and the rise of “patriot-journalists” in the US marginalized voices of moderation, distorting perceptions on both sides of the divide with potentially disastrous results.

“…an example of the best of contemporary journalism … an intriguing mix of journalism and scholarship.”
Middle East Journal
“Karen Hughes, Under Secretary of State for Public Diplomacy, should be the first person to read this book, distributing copies to her staff so they can also grasp the powerful message of this compelling and long-needed work ... Had this book been available and studied before our invasion of Iraq, perhaps no one in or out of the Administration would have believed it would be a short exercise.”
Charles A. Krohn, Former Deputy Chief of Public Affairs, U.S. Army
“... [A] provocative and sophisticated appraisal of the flawed lenses through which Americans view the Muslim world. Pintak cuts through the naiveté that infects the conventional wisdom about the relationship between the West and Islam. This fine book should stimulate some much-needed thinking about the dangers the U.S. public and policy makers face because of their simplistic worldview.”
Philip Seib, author, Beyond the Front Lines: How the News Media Cover a World Shaped by War
Return to books