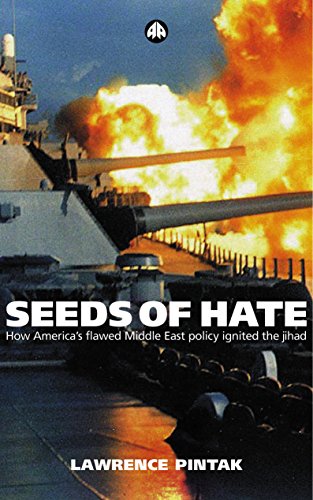 In the aftermath of 9/11, America has been haunted by one question: why do they hate us? This book is an attempt to answer that question, tracing the roots of the crisis back to American’s involvement in the Middle East, and in particular Lebanon. Journalist Lawrence Pintak was a correspondent for CBS in Beirut in the 1980s, where he witnessed the birth of the current ‘terror’: its tactics were honed there. In Seeds of Hate, he explores how America’s flawed policy in the Lebanon transformed Muslim perceptions of the US—from impartial peacekeeper to hated enemy of the Lebanese Muslims. Seeds of Hate is required reading for anyone who wants a deeper understanding of how and why the relationship between America and the Middle East is now more volatile than ever. Pintak explores the links between those who carried out the terror war in Lebanon and the current wave of terror, examining in-depth the ongoing—but little publicized—role played by key figures behind the Beirut bombings. He considers how the template for shaping would-be terrorists is being replicated from Saudi Arabia to Indonesia and speaks with victims of the earlier wave of terror. Pintak also explores the differences between terrorism of al-Qa’ida and its allies, and that of Palestinians on the West Bank.

"One of the most perceptive accounts of the nightmare in Lebanon"
The Washington Post (reviewing Beirut Lives)
“A tour d ’force…”
Anthony Lewis, The New York Times
“Reminiscent of early Hemingway.”
Middle East Journal
Return to books